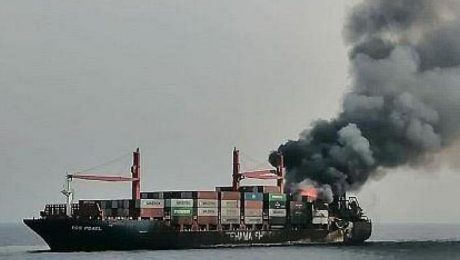 Saudi Arabia’s Border Guards said it had rescued 25 sailors from the ship and evacuated them to the port of Jizan. The authorities said the crew were in good health and had been transferred to accommodation.

The Border Guards said its vessel worked in co-operation with a foreign ship to rescue the crew 123 miles Northwest of Jizan port after receiving a mayday call.

No comments to show.

GET A FREE QUOTE

Please fill this for and we'll get back to you as soon as possible!